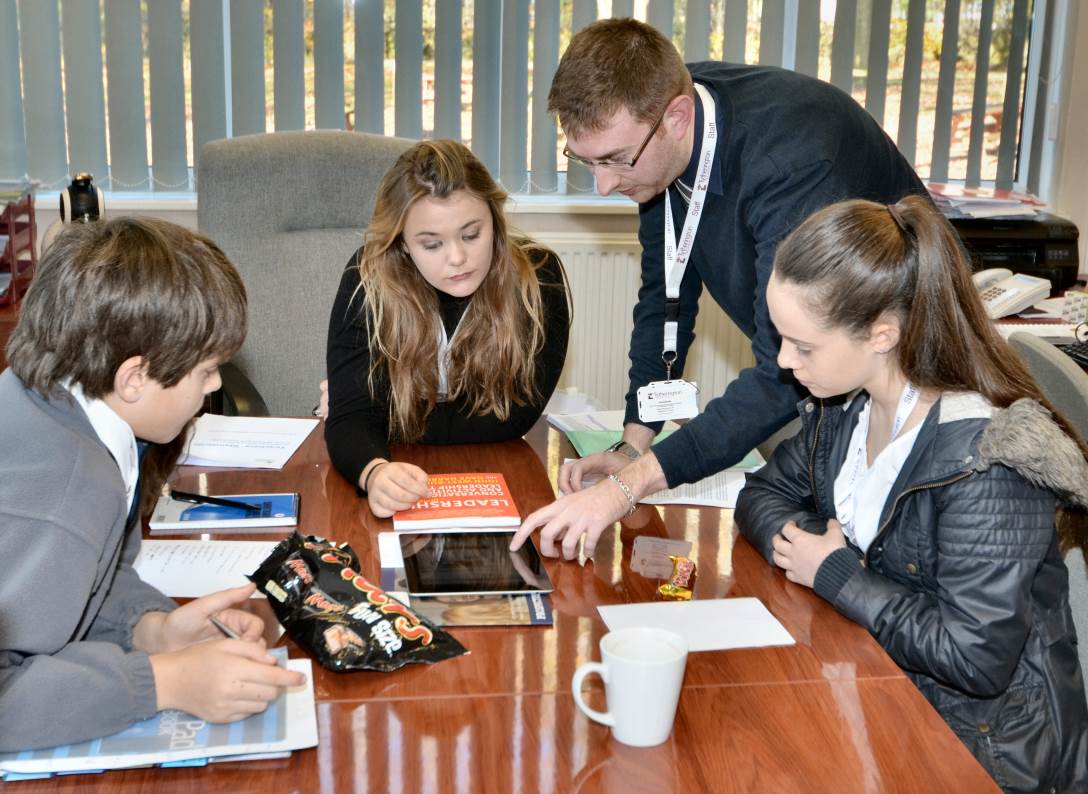 Enthusiasm rocked Tytherington School as students took over their teachers’ roles for National Takeover Day. On Friday 20th November, over 20 students worked alongside teaching and support staff, including the Headteacher. Many of the roles students took on included opportunities to develop leadership skills such as public speaking, time management and collaboration. Students from all over the school took part in various roles including PE teacher, Receptionist, Deputy Headteacher and Caretaking roles.

Three students took over the role of Headteacher, Emmanuel Botwe, for the day. One of the students, Caitlyn Hunter in Year 7, said that the experience has “really helped me to think on my feet”. Another student taking over his job, Aidan Simpson in Year 7, expressed that the day had enabled him to “really appreciate the work of teachers that goes on behind the scenes”. Daisy Taylor in Year 10 also took over the role of Headteacher for the day. Their day included taking staff briefing, walking the school site with the Premises manager, reviewing website plans and joining a snow plan meeting.