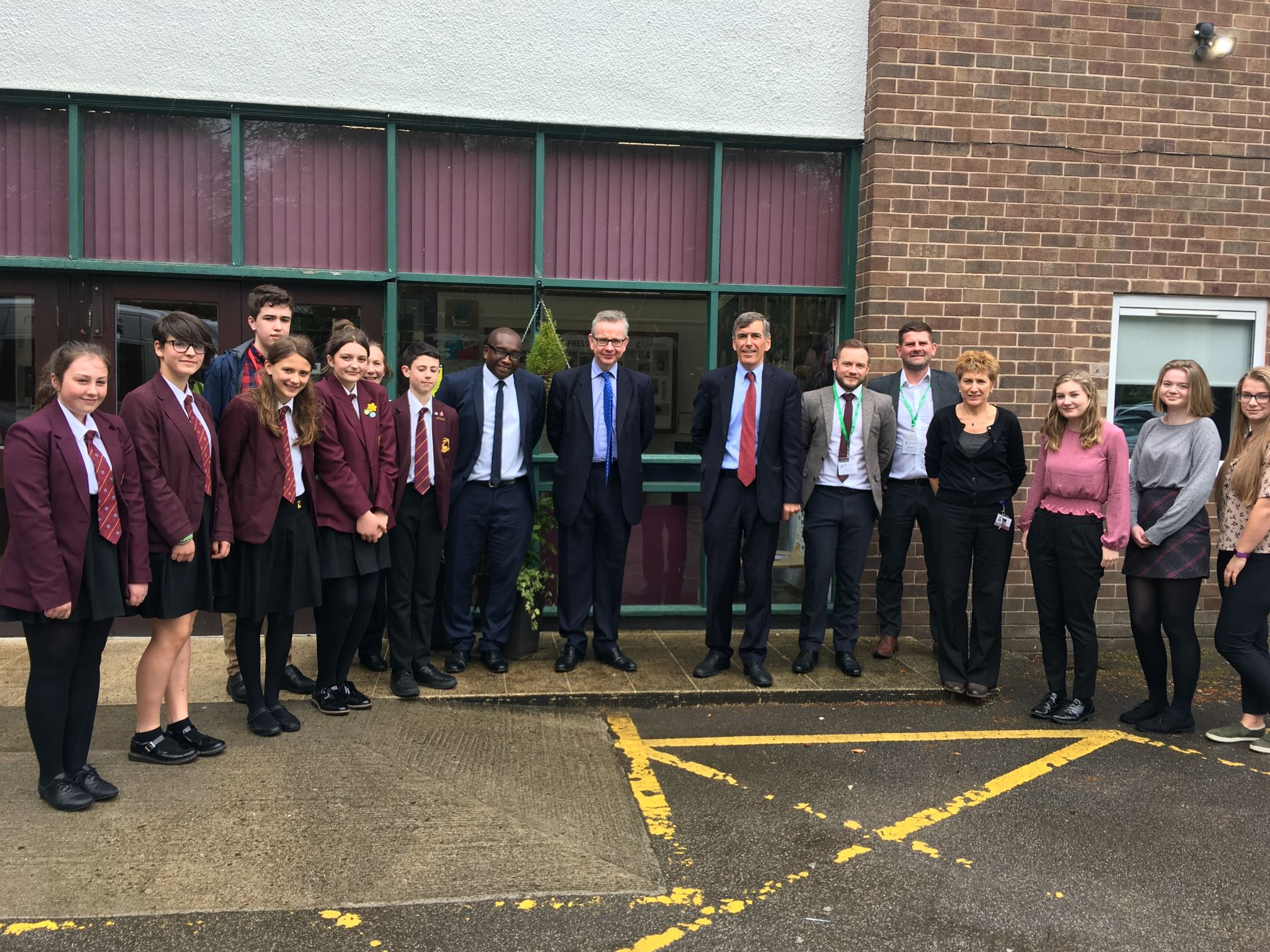 One of the most influential politicians in British politics today, Michael Gove, visited Tytherington School on Friday 26th April along with local MP, David Rutley. The Secretary of State for the Environment chose to visit Tytherington School to hear more about its plans to make the school a greener community. The school has developed a reputation for its student activism in this area.

The Secretary of State met with Headteacher, Mr Emmanuel Botwe, alongside the Tytherington Goes Green Group and the Sixth Form Young Enterprise team whose bamboo cup product has led them to the final of the North West Young Enterprise Finals in May.

Esther Bird, year 8 student and environmental activist for Action for Conservation, gave an impassioned speech to Mr Gove and handed him a letter outlining a series of actions intended to speed up action on the environment. The actions included calls to end the building of a new runway at Heathrow, urging the government to support “The Green New Deal”, a government commitment to reducing carbon emissions to net zero by 2025 and not 2050 as well as a call to give 16 year olds the vote. Esther Bird added: “We believe that the government should establish a youth advisory panel to which DEFRA should report to on a monthly basis”.

During a question and answer session, the Secretary of State fielded several questions from members of the Tytherington Goes Green Group including a question from year 8 student, Daisy Nixon, about what the government planned to do about air pollution in Macclesfield. Year 8 student, Max Smith, asked Mr Gove about what could be done to ensure that Britain was a world-leader in the reduction of carbon emissions. Fran Curtis in year 10 also asked about what could be done to ensure that there was a joined up public transport system to reduce the number of cars on the road.

The Secretary of State also heard from members of the Tytherington Youth Enterprise Team who have produced an environmentally friendly reusable bamboo cup which is helping to reduce the use of plastics by the school.

Mr Gove said that he was “hugely impressed” with the work the school had already done to become more environmentally friendly and said that the students were extremely articulate and engaging.

Sixth Former, Holly Brockbank said: “It was a great opportunity to meet with a senior politician who could make a real difference. We really enjoyed the opportunity to ask questions and hear his reposnses.”

Mr Emmanuel Botwe, Headteacher, said: “We were very honoured to be selected for a visit by the Secretary of State and Mr Rutley. We have developed a reputation for attracting high profile speakers and public figures to the school. We regard this as recognition of the good work we have already started at the school. We recognise that there is much for us to do. We have already introduced a range of initiatives such as recycled school ties and several recycling schemes. We are planning a curriculum which will educate our students on how to make more environmentally sustainable decisions. I’m extremely proud to have so many community-minded and articulate students at our school.” 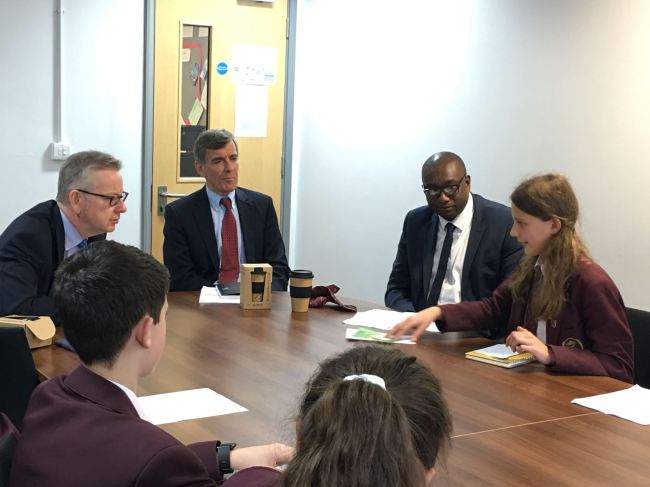 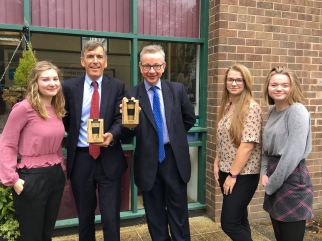 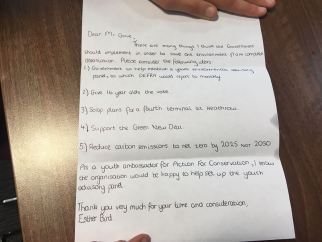