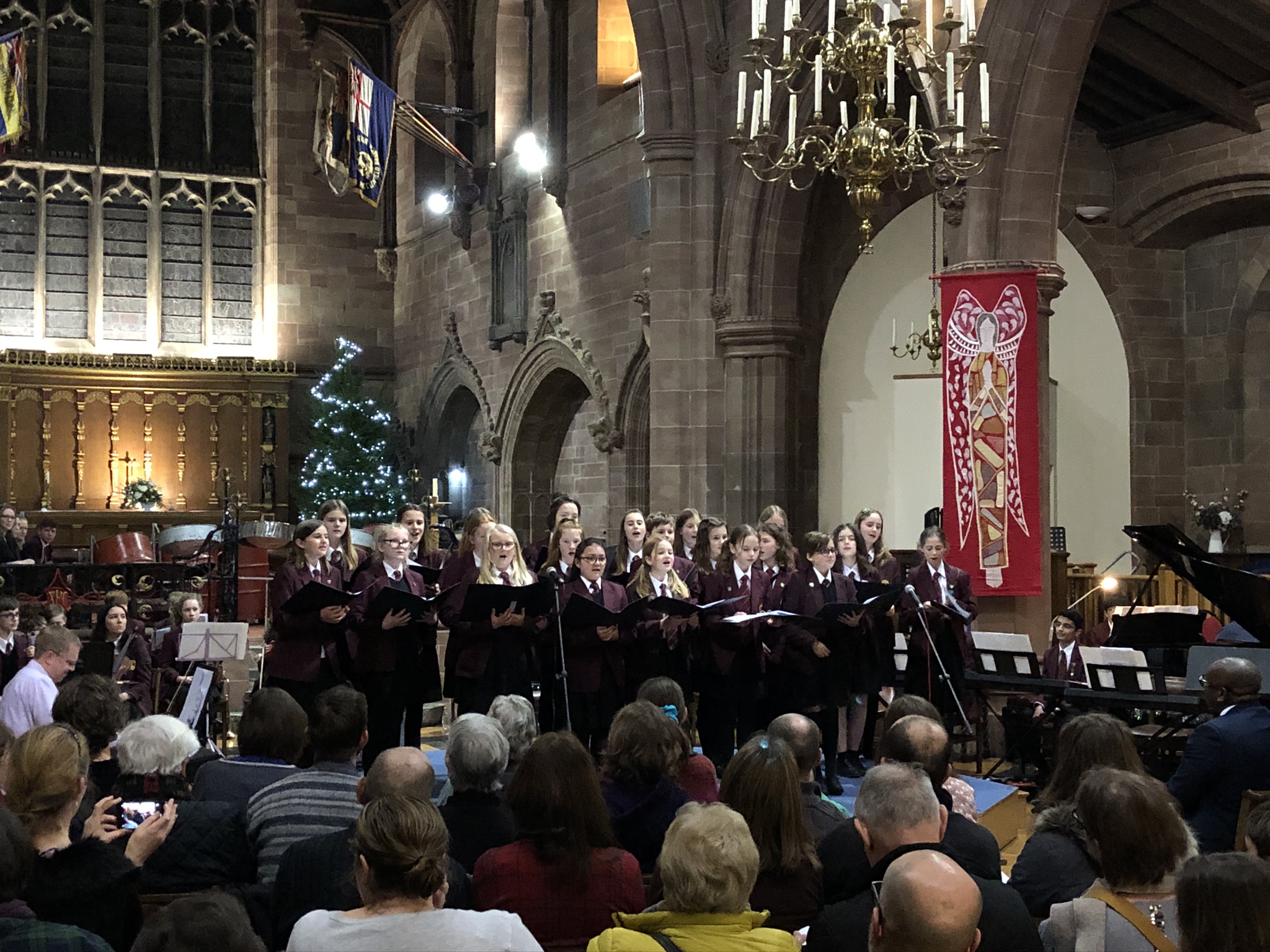 On Tuesday 3rd December, Tytherington School held its annual Christmas Concert at St Michael’s Church. Nearly 100 students from across the school took part in an incredible range of musical performances. The capacity audience were treated to a wide variety of solo and choral pieces. There was a great mix of traditional carol songs such as “Oh Little Town of Bethlehem” to modern takes on pop classics such as Mariah Carey “All I want for Christmas” from the String Group.

The concert showcased the brilliant musical talent at Tytherington School. There were excellent solo singing performances from Natasha James, Sammy Fielding Hardwick and Rachel Cox. There was also an energetic performance from Mr Beecher’s Drum Group and the Steel Drum Band. The audience were also treated to performances from the school’s Brass, Junior Choir, Wind and String Groups. The Senior Choir were also in great voice as they performed a wonderful version of “Don’t Let the Sun Go Down on Me”. One of the many highlights of the evening was the Concert Band’s performance of a Lord of the Rings Cinematic Medley.

Headteacher Manny Botwe said, “I’m delighted to lead a school where there is so much excellent young talent. It was great to see students across the age range coming together to express themselves through music. A huge well done to our brilliant Music Department.”