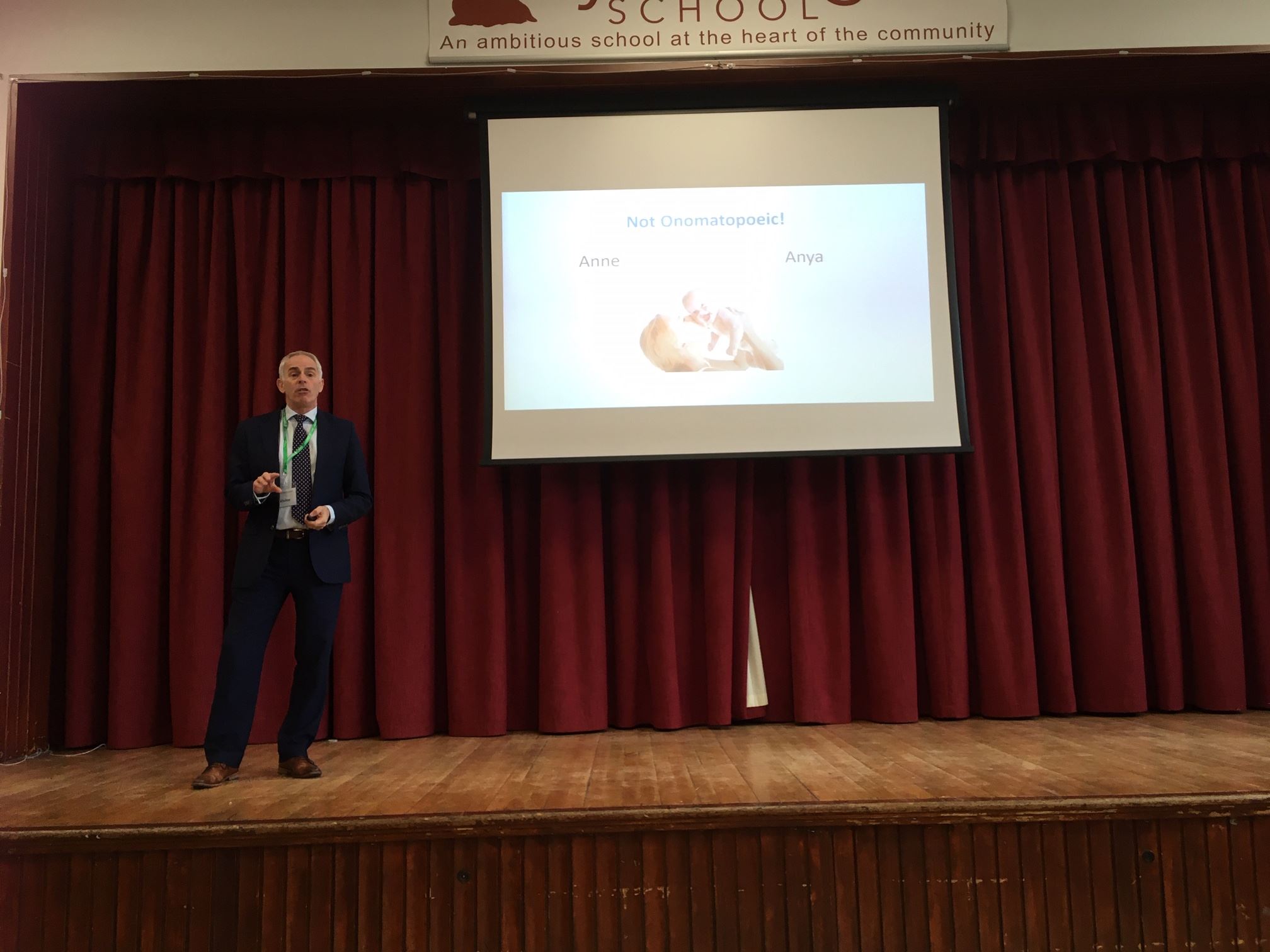 On February 4th, Tytherington School held its third Tytherington Lecture Day of the academic year, the purpose of which is to provide our Advanced Learners as well as other interested students, with a range of stimulating and exciting lectures to inspire them and enrich their learning.

The first lecture was an insightful and thought- provoking glimpse into the political landscape of the UK after the 2019 General Election by Mr Botwe. In his lecture, Mr Botwe gave his analysis of the factors that contributed to the decisive victory of the Conservative Party in the December 2019 General Election, including factors such as Brexit, the simplicity of the Conservative message and a poor Labour election strategy. Mr Botwe also raised other questions such as how to get more people to vote and identified some of the key issues characterising the British political landscape of the future, such as the Green agenda, the future of the BBC and the Union. Mr Botwe took some interesting questions form the floor, such as a question about the extent of the influence of the media on the outcome of the General Election in December.

Our second speaker was Professor Barbara Evans of Leeds University who gave a lecture entitled “How Did Macclesfield Get So Clean?” looking at the history of the sewer system in Macclesfield as well as a range of other nasty and gruesome facts and information about public health in the nineteenth century. Professor Evans enlightened the students about public health in Macclesfield and the UK as a whole in Victorian times, the link between poverty and disease and the abundance of respiratory disease caused by working in the mills. Students were horrified to hear of the long hours children as young as eight years old had to work in the mills under dangerous and unhealthy conditions. Professor Evans also enlightened students on the pioneering work of John Snow, known as the Father of Epidemiology who was the first doctor in Britain to establish the link between water and the spread of infectious diseases such as cholera.

Finally, our third lecture was provided by Pete Munday on the topic of the Classics and was entitled “A Window on Our World”. In his lecture, Pete Munday gave an eye opening and fascinating insight into the continued relevance of the Classics and the way a knowledge and understanding of the Classics can illuminate many features of our study, such as science and languages as well as our understanding of the arts, literature and other aspects of our modern world. Students were also treated to a brief Latin lesson in which they translated elements of the Bayeux Tapestry.

Overall, this was an excellent day and gave our students a wide range of new knowledge and ideas to think about and to stimulate them to further enquiry on a range of inspiring and challenging topics. We are grateful to all of our speakers who gave up their time to provide such a range of thought-provoking and illuminates presentations.

Look out for further information about the next lecture day which will take place on Tuesday, March 10th.