Clare grew up and studied locally before moving to Kent for a short time. Before joining Tytherington in 2014 she worked in the recruitment industry for 12 years. She has most recently worked as Transition Coordinator for Tytherington, working closely with Mrs Healey to support the students with their transition to secondary school. She has a passion for providing excellent pastoral care to ensure a smooth move from primary school and to ensure all students are fully prepared for secondary education.

Cath grew up and still lives in the Rugby League town of Widnes. She qualified with a BA (hons) in Physical Education and Sports Development with Qualified Teacher Status from Liverpool John Moores University. After working in schools in Northwich she joined Tytherington from Wilmslow High School in 2004 as second in PE.

She is passionate about providing the best possible pastoral care for all students.

Sheila grew up in North Yorkshire & graduated from Coventry University in 1982. After graduating she joined  Greater Manchester Police Force as a Police Constable. Sheila has also worked in the Retail Industry for Next before returning to Education to complete a PGCE with Greenwich University.

Sheila has worked as a teacher of languages in Brentwood Essex before returning to Cheshire in 2007 where she joined Tytherington and became Head of Elm House. It is at Tytherington I developed my passion for Pastoral care and Student well being. Sheila is an avid football fan supporting Leeds United. She loves all thing French and lives in Macclesfield with her daughter.

Jessica was born in Cheshire and for most of her life has resided within the county. She initially trained as an actor at Bretton Hall College (Leeds University) and after graduating she followed a career within the theatre. She also embarked upon her teaching qualification and over the years she has successfully combined the two.

Jessica joined the Drama Department at Tytherington School in 2013 and it is during her time here that her passion for the Pastoral Care element of the profession has been fostered. Jessica has always been committed to and relished in her role as Form Tutor and feels the time is right to develop this further as Head of Year. Jessica is passionate about providing the highest standard of pastoral care and well-being for all students and is committed to encouraging and enabling all young people to achieve their potential and be the best versions of themselves they can be.

Jessica loves good coffee, a good book, travelling and most importantly spending time with her family. She believes learning is a lifelong experience and in her spare time this year qualified as a Sports Massage Therapist.

Caroline Brennan was raised and educated in South Manchester, firstly attending a Catholic Secondary school in Didsbury and later completing a B.Ed (Honours) degree at Manchester Metropolitan University. She is currently completing a Master in Education at Liverpool Edge Hill University. Caroline was the first in her family to attend University and after graduating taught at two Catholic secondary schools in Widnes before joining the Health & Social Care and Design Technology departments at Tytherington in 1995. She is a passionate advocate of comprehensive education.

Caroline lives with her husband in Poynton, loves to travel and bake and is currently learning pottery.

David Fitzsimmons – Head of PE and Head of Year 12

David graduated from Manchester Metropolitan University with a degree in Sport and Business. He then completed his PGCE qualification at Liverpool John Moores in 2003. David is currently completing a Masters in Education at Liverpool Edge Hill University. David was joined Tytherington in 2005 having previously worked at Congleton High School. He has overall responsibility for Ethos, student leadership and house system alongside being Head of P.E. David is an exceptional cricketer and was even given the opportunity to take a sabbatical in 2011-12 to play and coach cricket in Melbourne, Australia. He is passionate about providing a wide range of educational and extra-curricular activities for all students.

Rachel Fellows – Head of Drama and Head of Year 13 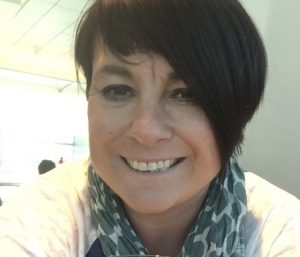 Ms Fellows was born in Wigan and is a proud Lancashire lass, she crossed the border into West Yorkshire to study Drama and Acting at Bretton Hall College. After graduation she worked with a Theatre-in-Education company writing and performing in schools all over the country. It was this experience that fuelled her decision to become a Drama teacher and move back over the border to study at Manchester Metropolitan University. On completion of her PGCE she taught drama at a school in Rochdale, before moving to Cheltenham, here she was Head of Department in two different schools before returning to the North West. She joined Tytherington School in 2008 as Head of Performing Arts and a member of the 6th form team, a role she relishes and now combines her time as Head of Year 13 and Head of Drama.  The relationship between Sixth Form staff and students is unique and she is proud to help and support Sixth Form students as they make decisions about their future whether that is university, apprenticeships, or employment.

Not surprisingly she loves going to the theatre, travelling, fell walking and cooking and would love to win MasterChef.  She lives in Manchester with her husband and cat George.