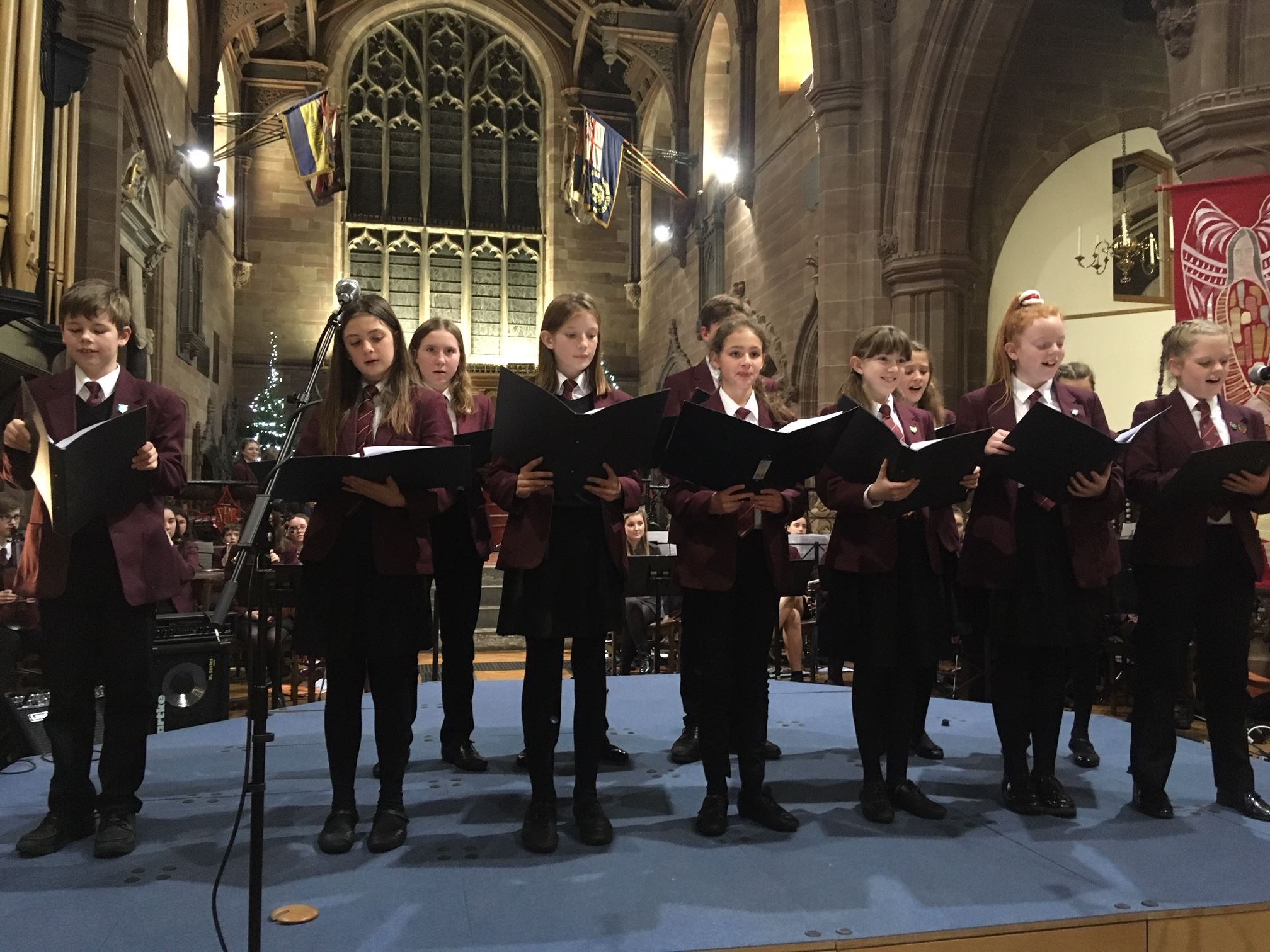 On Tuesday 4th December, Tytherington School held its annual Christmas Concert at St Michael’s Church. Nearly 100 students from across the school took part in an incredible range of musical performances. The capacity audience were wowed by a wide variety of solo and choral pieces. There was a great blend of traditional carol songs such as “Oh Little Town of Bethlehem” to more modern interpretations of classics such as Elton John’s “I’m still standing” from the Steel Drum Band.

The concert showcased the exceptional musical talent at Tytherington School. There were excellent solo singing performances from Amelia Preston, Beatrix Haigh, Effie Millar and Lewis Peal. There was also an energetic performance from Mr Beecher’s newly formed Drum Group who played “Winter is Drumming”. The audience were also treated to performances from the school’s Brass, Junior Choir, Wind and String Groups. The Senior Choir were also in great voice as they performed a wonderful version of “Away” and “Shh Boom”. One of the many highlights of the evening was the Concert Band’s performance of John Williams’ Cinematic medley.

Headteacher Manny Botwe said, “I’m delighted to lead a school where there is so much young talent. It was great to see students across the age range interacting so well with each other.”